A tongue tie or a lip tie can cause functional problems. This website is created to provide more information for patients, referrers and colleagues.
We are the first Tongue Tie Clinic in the Netherlands and the continent of Europe for consultations, treatments, scientific research and to provide information.

If desired an appointment can be made for consultation and/or treatment.

A tongue tie or a lip tie can cause functional problems. This website is created to provide more information for patients, referrers and colleagues.
We are the first Tongue Tie Clinic in the Netherlands and the continent of Europe for consultations, treatments, scientific research and to provide information.

If desired an appointment can be made for consultation and/or treatment.

The Tongue Tie Clinic
has a 3 step approach

During the consultation the dentist or general practitioner will check if a tight tongue tie and/ or lip tie is present. Followed by an explanation whether the symptoms filled out in the intake are related to the ties. An advice will be given about a possible treatment.

In case a treatment will take place, the general health situation will be discussed, even as the questions in the intake form. Depending on the age, superficial anaesthesia is applied with a cotton swab or local infiltration anaesthesia with a syringe and needle, before the treatment takes place.

Not all patients have access to professional help from speech therapists or other health care providers. Kieferfreund is a health care company who developed a solution to support tongue tie therapies for children and adults. It’s crucial to perform exercises before and after the surgical procedure. Without exercises, the tongue often moves back to its original place. Kieferfreund permanently restores the balance for especially the tongue function. This can be achieved with the Kieferfreund app, no continuous accompaniment by doctor or therapist is required. 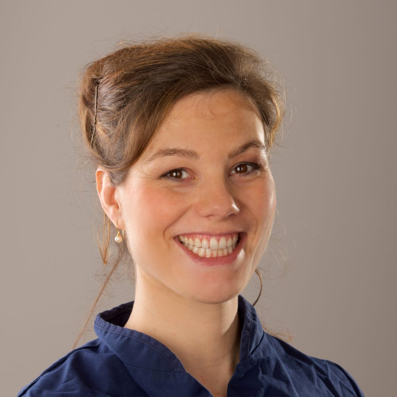 In 2007 Kirsten graduated as a dentist at the University of Groningen (cum laude). After her graduation, she gained her experience in various private dental practices and has also been working in developing countries for various dental projects. In recent years she focussed more on implantology and minor oral surgery. Kirsten finished her PhD in April 2016 at the Oral and Maxillofacial Surgery of the University Medical Centre Groningen. Since 2013 she has been registered at the NVOI as implantologist (www.nvoi.nl) and member of the Dutch quality register of dentists( Kwaliteits Register Tandartsen). Kirsten is also a member of the Academy of Breastfeeding Medicin (ABM). Based on experience with surgery in children and adults, Kirsten treats babies who have difficulty drinking or eating solid food. She thinks it's important to give babies a good start and also to help children and adults as the best as she can. Kirsten is the mother of two young sons (2014 and 2016) and a daughter (2018). BIG registration number: 69908890902 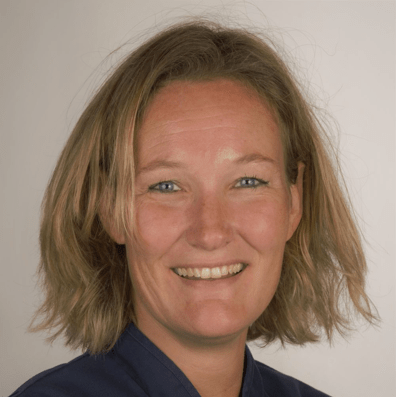 Berber followed her community care training and qualified in 1989. In 2009 she qualified as maternity care nurse before she qualified as Lactation Consultant IBCLC (International Board Certified Lactation Consultant) in 2012. Afterwards, Berber wanted to study the problems of breastfeeding and in 2012 did the post-graduate course in Lactation Consultant IBCLC. This is an internationally certified profession at IBCLE (International Board of Certified Lactation Examiners). Berber is interested in everything concerning tongue tie problems. She was involved with other members of NVL; to make a complete document for other professionals in the field “Functional problems of tongue and lip tie in infants" which appeared in June 2016. She has her private practice in Groningen where she consults many children with tongue tie and lip tie problems. Berber also runs the parent and children café, where she meets many mothers with general questions about breastfeeding. Since January 2016 she assists at the Tongue Tie Clinic. She finds the aftercare and good personal guidance very important. Berber is the mother of three studying children. IBCLE registry: L-42863 NVL 56812 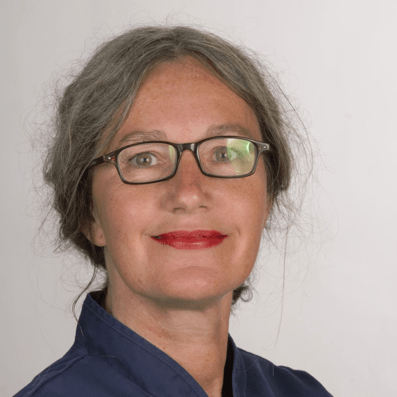 Maaike qualified as a nurse in Groningen in 1985. After working in maternity home care for about 15 years Maaike wanted to study everything about breastfeeding and gained her certificate as a Lactation Consultant IBCLC (International Board of Certified Lactation Consultants) in 2001. Recertified in 2006, 2012 and 2017. From 2012 Maaike studied the implications of a tight tongue tie and lip tie may have on breastfeeding. She follows international multidisciplinary symposia on the subject and is in contact with other tongue tie clinics around the world. Maaike understands it is important that healthcare workers learn more about the early breastfeeding problems that can arise from restriction of movement caused by tongue and lip tie through education. In order to provide guidance for parents and their children before and after the release of tongue tie, Maaike focuses on working at the Tongue Tie Clinic and in her private practice. She helped writing the document: “Functional problems of tongue and lip tie in infants" of the Lactation Consultant professional organization NVL. Maaike is the mother of two sons, born in 2002 and 2004. BIG registration number: 29002221130 IBCLE registry L-34751 NVL member 64901 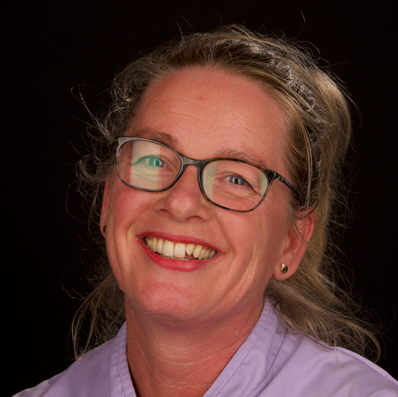 After studying nursing, Dorinda graduated as Lactation Consultant IBCLC in 2010. She is also Doula and has been working for years in the community public health as a Health Visitor (0-4 years) and also as Lactation Consultant. Her main focus is on physiology, prevention and maintenance of the health of children and parents. For many years she encountered many mothers and babies facing challenges caused by tongue and lip tie. She became interested in the subject and started following courses on this issue. You can come accros Dorinda at the Tongue Tie Clinic during the consultations. She also provides, with her lactation consultant colleagues, the aftercare appointments within our clinic. She also runs her private practice in the Zwolle region. She is the mother of 2 beautiful teenagers (M / J) and she does “Prima Bevallen” pregnancy training together with her husband. BIG registration number: 39043394630 IBCLC: 310-76596 NVL:54010

Read more about the team